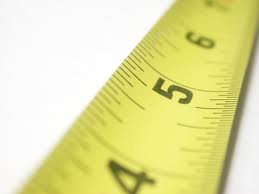 If you read about tech companies in media and blogs, you cant help but notice all the multi-million dollar funding rounds that are celebrated on a daily basis. I know as a founder that hasnt had a million dollar round, its hard to look at your work so far and say, why not me? Why havent I gotten the $10M funding round or the billion dollar acquisition?

Well, sometimes its a fair question, but most of the time it can be easy to get caught up in the media and Silicon Valley hype and begin to measure yourself against that stick.

The more I thought about it, I was reminded of an experience I had after I graduated college and took an opportunity to be a soccer coach for a small club as a side gig. After years of playing soccer, I thought it would be a good idea to give back and step on the other side, no longer as a player, but a coach.

Coaching that team for three years gave me a unique experience to be on the other side of the coin. Now I was trying to organize and motivate the players that would then play in the game. I no longer had the chance to score the winning goal as I had done many times before. Now, as the coach, I had to ask that of my players. It created a situation where I had to take an objective look at myself and ask: What can I expect of each player on my team in terms of playing standards?

It really forced me to step back and think about not only myself as a player, but now as a coach on the other side. It was through this that I developed a philosophy I call “measure against yourself”. Â As a coach it was easy to get caught up in what the other teams and their players were doing and then create those expectations of my team. I quickly realized those are unrealistic expectations and not fair to the individual players.

Then it hit me;Â all I can ask of each player is to work hard and try get better on a daily basis. Â Then at the end ask: Did you do the best you could today in trying to get better and help out the team?Â The rest of the stuff outside of that is largely just noise.

I found this philisophy not only to apply to practice, but games as well. Sometimes you win, sometimes you lose, but all you can do is ask yourself: Did I play my best today to try and help my team win?

Legendary coach John Wooden exemplified this in his philosophy as well, saying:

I find this same philosophy can be applied to the business world (and in life)Â as well. Its so easy to look at other businesses or people and want to measure yourself against them. I’ve found that to be mostly a waste of time. All you can do is try and move the ball down the field each day and measure against the best work you have done. Ask yourself each day: Am I doing the best work I can right now?

This allows you to measure your performance against things that are in your control and not outside variables that have no bearing on your personal ability. Worry about yourself, not about what everyone else is doing. You have more than enough things to worry about in order to reach your own personal best. Â Stay focused on that.