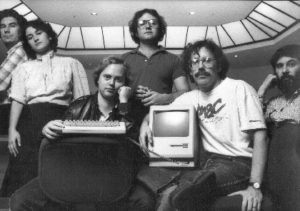 1.) Equity: One thing I would consider carefully as a founder, is the approach ownership equity.Â  This is something that can really drag down a company quickly if done poorly.Â  As a founder you take on an adsorbent amount of risk when starting a company, and if you donâ€™t organize equity carefully you will kill your ability to be fairly compensated for all this risk. Not good.

Proceed carefully when founding a company with 2 or 3 people from the outset.Â  This will dilute your equity worse than any investor can. Think about it: You can found a company yourself and own 100% of the company, or you can co-found the company and own 50%, 33%, or even less. That number drops pretty quick doesnâ€™t it? Maybe you could do what my co-founder did to me; found the company first and then bring on a co-founder for a less than 50-50 split. It can be hard for later founders to swallow (I know), but itâ€™s the right thing to do. A later founder does accept a little less of risk in the venture.

2.)Â  Early Employees: The other thing you will be dealing with is getting people to help you and dive in at an early stage.Â  This is usually with no money to pay them. You may be able to offer to pay them in â€œconvertible debtâ€. This means you basically run a tab and then can decide whether you want to pay them or convert the money owed into company stock.Â  This gives you the option of paying them cash to keep your equity, or make them a vested employee if you want or when cash is low and you have to. In most scenarios youâ€™re good either way, but giving yourself the option at a later date is always nice.

BTW, this is obviously going to take some convincing, but if you canâ€™t sell your vision to people like this, then you probably need to reconsider what you are doing.

3.) Board of Directors: Something I would like to take more consideration into when I build my next company is the concept of creating anÂ  advisory board early. Make no mistake, at Uvestor we have done an awesome job of getting a good group of industry and business consultants, but I think we could leveraged their help more if we had gave them a equity share of the company from the start.

This is easier than paying them $500 a month or something, plus they become vested quickly in the company. Â Hopefully this creates better feedback and evenÂ  more, help in introductions, fund raising, business development, etc.

As long as you watch your equity closely you can swing five great board members at 2% each with milestone incentives as it grows. I havenâ€™t had the chance to try this but I think itâ€™s an awesome idea to get great people involved early.

4.) Raising Money: For any technology company this will probably be the most important thing you do. If you canâ€™t successfully do this, again reconsider what you are doing. It is really hard the first time (read below), but I believe it gets easier each time as you do it more and more. In a few short words, itâ€™s all about relationships. This is a type of networking that should be going on constantly, whether you are raising money or not.

At Uvestor, we found some great corporate investors in the industry to â€˜carryâ€™ us along the way, but are just now getting ready to actually raise money. My guess is that may still take another 6 months, so youâ€™re talking about a solid 18 months of preparation before a capital raise.Â  I will definitely be better at this the next time after making more connections, etc. It will be even easier if I can get a win this time around.

5.) Hiring: You just canâ€™t do it all by yourself, itâ€™s too hard. There is only so much two guys in a garage can do. Today, with the growth of â€˜capital lightâ€™ companies that is a lot more, but not enough.

Iâ€™m glad we’re waiting to bring on most position hires later (we do have 9 people), because itâ€™s given us so much perspective on what we really need. This has led me to believe in hiring only for pain, when you need relief in a certain area. At that same time itâ€™s difficult to scale a company without a solid team, so definitely something to think about.

In the end,Â  growing a company is never the same; there isnâ€™t a road map, actually itâ€™s quite the opposite; more of a black art. When working on something, I think it’s a great exercise to stop and assess what has worked, what hasn’t, and what you may do differently, now or in the future.

Iâ€™ve also found that another great exercise is when I am thinking about this stuff, is to write it down.